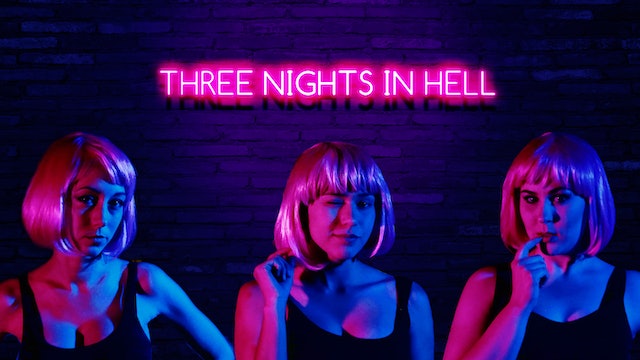 After the murder of their brother, three sisters cut a swath of death and destruction in a vendetta against a ruthless drug lord while two detectives race against the clock to stop the steadily growing pile of bodies. With a generous helping of 80’s buddy cop movie flavor, Three Nights in Hell is a straight forward revenge picture that is low budget schlock in the best way possible packed with non-stop action, laughs, and ridiculousness from start to finish. Filled top to bottom with local talent and filmed 100% on location in Tucson, this is crowd funded independent filmmaking at its goofy best.

Right-click this and copy the link address.

Watch on your Television

Watch on your Computer